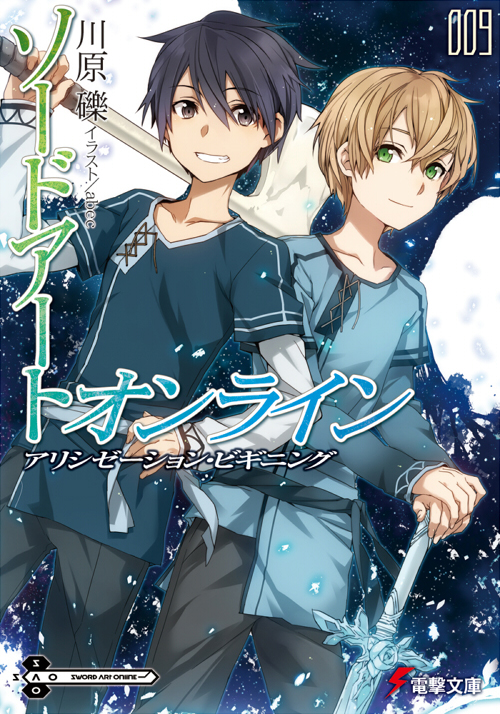 I have never been a fan of reading. I made it through high school by using Spark Notes to avoid reading the books assigned to me since I disliked reading SO much.

Sword Art Online (and a bit of Star Wars) has become an exception to my hate towards reading.

Many people know that I have stated in the past “I will never read ahead of the SAO anime. I will only read the novels after the anime airs to learn of the little details that were left out. I like to be surprised onscreen.” Well that is no longer true.

As of this post, Sword Art Online II which contains Phantom Bullet, Caliber, and Mothers Rosario has just finished airing and I have successfully started my journey into reading ahead of the series.

I literally just could not wait to find out what would happen next. I had already been spoiled on a few things online by other people on social media. Since so many people refuse to warn about spoilers, I decided to just read ahead. I would prefer to learn everything through reading the novels ahead of the anime than to be spoiled little by little by friends online!

It is too early to say how this compares to the previous arcs in my personal opinion but I can definitely say that this is off to a great start. I can see this easily becoming my second favorite arc (Aincrad being my first favorite). After I read more, if it continues to stay this amazing, it could become my number one favorite Arc but only time will tell!

I could see the start of the book being confusing to many. Since I have been spoiled on a lot of how Underworld works, I was able to figure out what was going on. If you plan on reading soon, do not give up if the beginning seems to not make any sense. It will be explained in the second part of the prologue and even more throughout the book!

Reading about Kirito getting trapped in another game is cool. It almost feels like a “back to basics” approach in many ways since Kirito being trapped in Aincrad was what originally won a lot of fans over. It also is like getting a fresh start since a lot of cool new characters are being introduced.

I feel like I was being teased by this book. I wanted to know everything there is to know about Underworld and REALLY wanted to know what happens next. I was constantly kept on my toes so I ended up reading until the late hours of the night even when I had work the following day.

Will Alicization be Animated?

I really hope that this will be animated. Due to SAO and SAO II’s popularity, it pretty safe to say that a third season will be created. If it does not happen, then I will be surprised (and disappointed).

New video games keep being developed too. It would just be crazy if Alicization’s Arc (and Sword Art Online Progressive) was not animated at some point!

Once again, nothing is confirmed since SAO II JUST finished airing and the Extra Edition English Dub has just been released. We will likely have to wait another year for anything. Plus, Alicization is still not finished. The author Reki Kawahara is STILL writing more novels for what is currently SAO’s longest Arc.

I am really hoping for a 25 episode season for Alicization.

Is Alicization the Last SAO Arc?

In the original Web Novel by Kawahara, Alicization was SAO’s last arc. That alone does not mean that this is the final arc, though. Kawahara could very well still continue to write more books following his arc and I certainly hope he does.

I Highly Recommend This

When I was at the Sword Art Online Cosplay Gathering at Anime Expo 2014, I was still a very new SAO fan. I met several other Kirito cosplayers that were big fans of the light novels and all of them recommended that I start reading the novels! I am now completely with them on that and highly recommend this to all SAO fans!