Deprecated function: Return type of DateObject::__wakeup() should either be compatible with DateTime::__wakeup(): void, or the #[\ReturnTypeWillChange] attribute should be used to temporarily suppress the notice in require_once() (line 1884 of /var/www/andrewblackswordsman.com/docroot/includes/database/database.inc).× 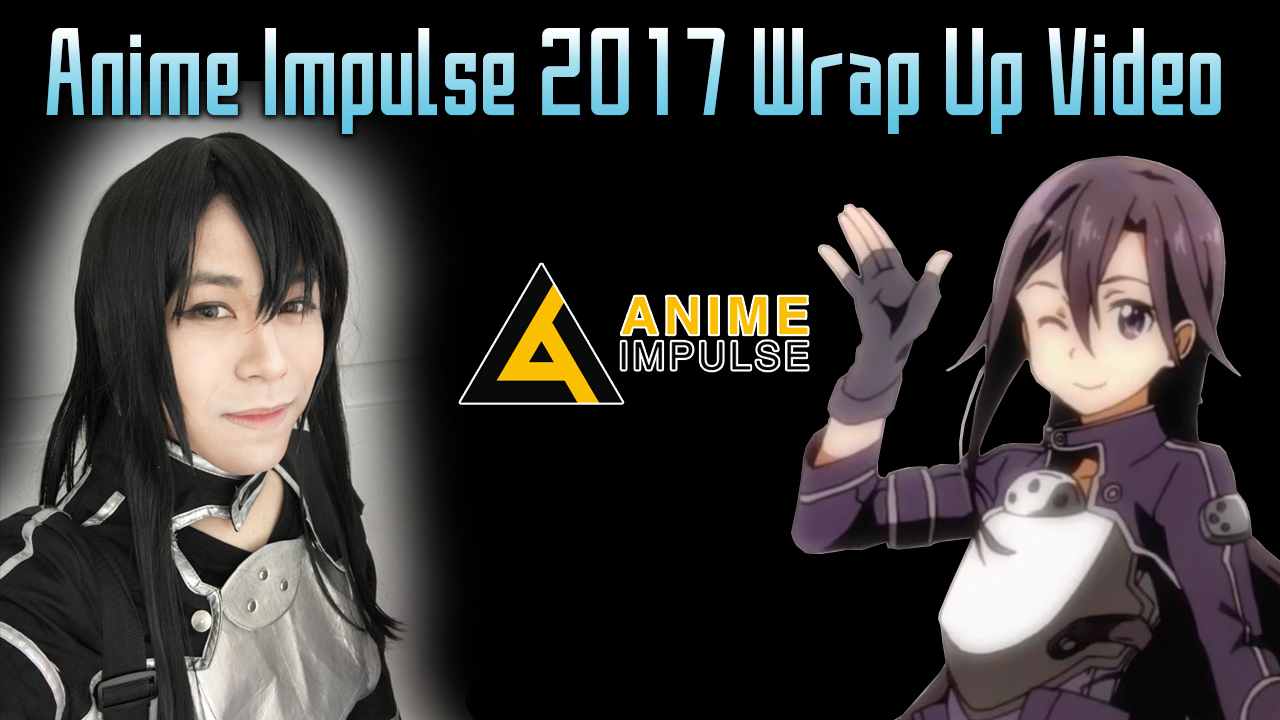 I went to Anime Impulse for the first time this year! To be honest, I had never really heard of it somehow.

I only went for one day, but I had a great time!

You can check out the Wrap Up video below or keep reading if you want even more details or prefer reading.

@CeltyFarron and I were not originally going to make it to Anime Impulse. We originally were going to be working at the Yuki Kajiura Concert but it was cancelled, so it freed up the weekend for us!

Due to this last minute decision, a lot of the stuff we did this weekend was not thought through all the way LOL.

You will notice that the biggest theme of this weekend was “Lessons Learned”.

Since we only decided to go to Anime Impulse at the last moment, we had some quick cosplay work to take care of.

I had been wanting to work on my GGO Kirito cosplay for a long time and improve it. Due to my jaw line, I always had trouble looking like a “trap”.

Also, the last time I wore my GGO Kirito cosplay, I wasn’t wearing any makeup or anything.

This time around, however, I decided to go above and beyond! I wore gray circle lenses (I want to get purple ones for the future), wore fake lashes, and makeup.

I had also gotten a new wig, so Celty was trimming it for me late the night before.

Like I stated earlier, my jaw line is a bit of a problem with “trapping” so we decided to use wig hair to attempt to hide my jaw line a bit. I was pretty happy with the results!

On top of that, parking took quite a while. It was about an extra 30minutes of waiting in line in our car to get into the lot.

So what did I learn from all of this? To leave way earlier next time! (Next time, I would like to arrive LONG before we want to get there in case of traffic and such.)

So this next part was not very thoroughly thought through either.

Our idea was to drive to Anime Impulse first and then put our wigs on so that they would not get tangled on the long ride over.

Unfortunately for us, it was a tad windy in the parking lot so it was a nightmare trying to spray our wigs.

After getting our wig situations figured out, we were finally able to venture into the con.

We wanted to get a little feel for the area, so we walked around a but and then met up with my friend @savixro. She was matching my GGO Kirito cosplay with her GGO Sinon.

Also visited my friend @CosplayProdigy at the Creator’s Guild booth. (So proud of how successful she is becoming!)

Despite eating before driving over, we were quickly super hungry. After spending under an hour at the con, we headed to the food trucks.

We spent about 1 hour in line and then about 30 minutes eating.

We rushed eating and did not even finish our food because we really wanted to meet Ely Cosplay.

So up until this point, I hadn’t really done much at the con. I had parked, talked to some people, and then ate food. I was beginning to really regret leaving early. I thought “wow, what a wasted trip. I only got to do a few of the things I wanted to do.

Interestingly, the bulk of the really awesome stuff happened all within the last couple of hours!

If you do not know Ely Cosplay, you should look her up! She is a great cosplay from Taiwan. My favorite cosplays by here are Asuna and Sinon. Typically, when you google “Asuna Cosplay” or “Sinon Cosplay” you will find Ely.

Ely’s meet and greet was scheduled to be at 5pm but we showed up at her booth early to get in line. It turned out that she was already there! (This was her USA debut, so meeting her here was a big deal!)

When we met her, I handed her my phone and let her take a selfie of us! Since she’s a pro cosplayer, I figured she would figure out the best angle for a nice pic.

Right after that, without even taking 10steps, we saw Danny Choo standing by his booth so we were able to get a photo with him!

By this point, I had already accomplished everything that I wanted to do. I figured that I would have to wait in long lines for each of the two but that was not the case! I was pretty prepared to just go to the hotel.

Since I finished doing everything that I wanted to do, we decided to walk around.

We had not eaten much, so walking through the food area made me give into temptation. First, we got some milk tea. The Black Milk Tea I got was amazing!

After that, we got some oreo rolled ice cream...I now want to try making this at home because it was so good!

D Piddy and the Masquerade

There were no open areas to sit in besides for the chairs in front of the main indoor stage, so we decided to sit there. It just so happened that the Cosplay Contest hosted by D Piddy would be happening there shortly so we decided to stay!

We ended up being in the front row which was pretty awesome.

At one point, D Piddy was stalling for time and came up to Celty and I and asked about our favorite Anime. I know that it was just a simple question, but I thought it was really cool that D Piddy acknowledged me since I’m a big fan of his videos. My next step is try to get into one of his videos!

The Cosplay Contest was really short but really entertaining.

After the Cosplay Contest was finished, we headed to the car. I thought that the day was pretty awesome and that it was impossible to make it even better, but I was wrong!

In the parking lot, @hellbagdarrell approached me and gave me a Kirito coat! It is from the Aincrad Arc (Season 1, Episodes 4, 5, and 6).

This was literally the highlight of my whole day! I did not expect to receive such an awesome gift.

I will be working on it after Ordinal Scale and other cosplays are completed!

Thank you so much for checking this out!